“It is an exciting time for the company and our employees as the transition to an Employee Stock Ownership Plan (ESOP) has been executed. The addition of Brad as COO to the executive team will ensure continued operational excellence, technological growth, and new company culture as we’ve entered the next phase of the company,” said Michael Dominici Chief Financial Officer.

Brad began his tenure in 2004 as a transit bus mechanic. Over the years, he has held several leadership positions in the company, such as Operations Manager, Purchasing & Materials Director, Facility Maintenance Director, and his most recent position as the Sales and Marketing Director.

As COO, Brad will immediately assume responsibility for Operations, Sales and Marketing, Engineering, Bus Acquisitions, and other related departments. 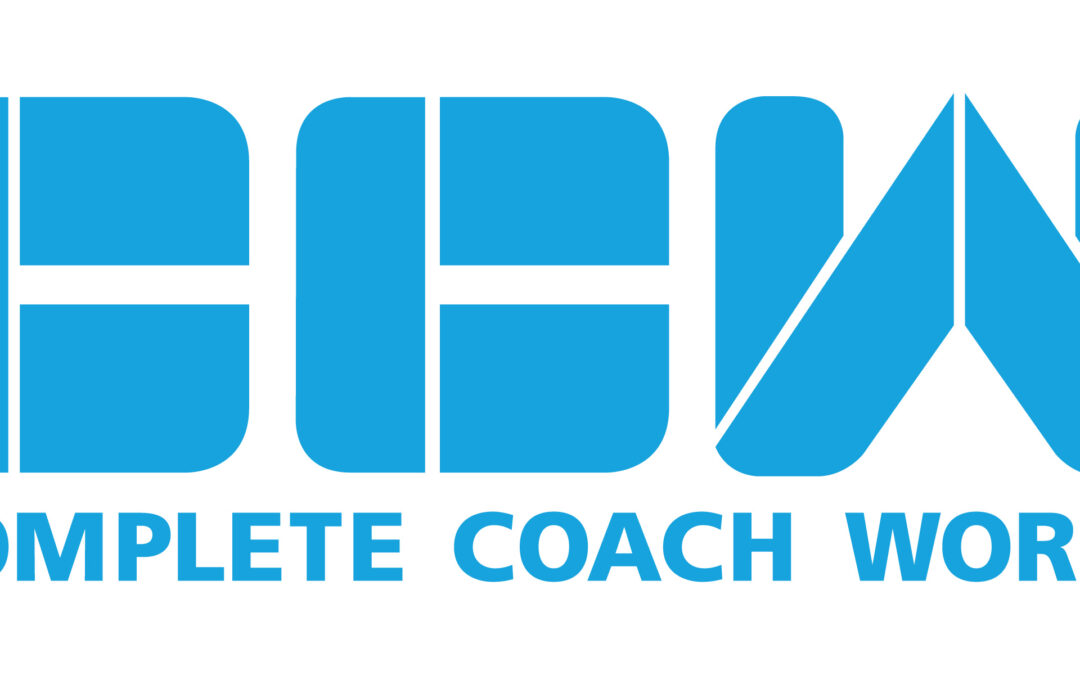 Riverside, CA – Complete Coach Works (CCW) announced its plan to transition to a 100% employee-owned company. The announcement was made during a special lunch celebration on Friday, August 20, 2021, to the entire employee base at its headquarters in Riverside, CA. The meeting was simultaneously broadcast to all remote employees via video conference.

Dale E. Carson, President and Owner of Complete Coach Works, and his wife, Terri, started CCW over 34 years ago and worked tirelessly to build it into the industry-leading organization that it has become. Throughout the company’s history, Dale and Terri have been proud to employ such a talented and diverse team, and have always tried to show their sincere appreciation to each and every employee.

During the announcement, Dale expressed his heartfelt gratitude to the staff, and said that turning CCW into an ESOP was his and Terri’s way of giving back to the people who helped the company be successful – their employees. He further explained that the ESOP retirement benefit would be in addition to the Company’s existing 401(k) Plan retirement vehicle.

An ESOP, facilitated through a trust, provides company stock to employees as part of their retirement benefits. When Congress established the ESOP employee benefit plan in the 1970’s, the governing legislation was written that “the ESOP is required to be operated for the ‘exclusive benefit’ of participating employees (and their beneficiaries).” Once the transition to an employee-owned company is finalized, employees will benefit from contributions made to their account.

CCW projects greatly benefit transit agencies and the communities they serve. Now more than ever, transit agencies are looking to partner with companies that are also aligned with those goals. CCW prides itself on providing a great product and taking care of its employees. Becoming an employee-owned company demonstrates further commitment to its employees, and future success of the company and its customers.

RIVERSIDE, CA – Complete Coach Works (CCW) announced today that it has made the final delivery to Capital Area Transit (CAT). The contract, which calls for the rehabilitation of two articulated New Flyer buses, was awarded late last year.

Rehabilitation of vehicles is often part of a transit system’s strategy. During the COVID-19 pandemic, the 60′ articulated vehicles provides more space for riders and allows for greater social distancing. The vehicles also enhance the passenger experience by improving customers’ comfort and safety in a cost-effective manner.

By purchasing a remanufactured bus, CAT receives two fully renovated buses for about half the cost of a new bus. “A complete restoration is not only cost-effective, but a retrofit bus takes a fraction of the time to deliver in months not years,” states Brad Carson, Director of Sales and Marketing at CCW. “Our priority is to assist our clients in their efforts to ensure the safety of the people in their communities. We will continue to work and support agencies through this unprecedented time”.

In the height of the Covid-19 pandemic essential businesses, including public transit agencies, implemented safety and caution procedures for their employees and riders. Yamhill County Transit is among the many agencies to require face coverings, include hand sanitizer stations, and enforce physical distancing of at least 6 feet.

In order to promote social distancing, Yamhill Transit will add five remanufactured buses to its fleet. The buses will service its local routes in McMinnville and Newberg, Oregon. “Adding rehabbed buses to Yamhill’s fleet will not only minimize overcrowding, but will provide Yamhill a large savings over acquiring new buses,” states Jim Paul, Regional Sales Manager at CCW. “Purchasing rehabbed buses is the most cost-effective and efficient way to provide safe and reliable transportation to its riders.”

This rehab project will take place at CCW’s headquarters located in Riverside, CA. The rehabilitation will include replacement of the original engines with Recon Cummins ISL engines. In addition, the buses will include Allison B400R transmissions, new driver seats, new floors, new interior and exterior LED lighting, and ADA compliant wheelchair ramps. The buses will then be painted and decaled to reflect Yamhill’s branding.

“We look forward to the successful completion of this project. Our goal is to improve customer satisfaction. We are elated Yamhill will be able to offer a more comfortable experience to its passengers,” added Jim Paul.

RIVERSIDE, CA – Complete Coach Works (CCW) is proud to welcome Tracy Owen as the company’s newest Regional Sales Manager. With over 30 years of unique experience and expertise in sales, Tracy will continue to build his success with CCW, the nation’s leading bus remanufacturing company.

Tracy has worked as a Sales Manager in both the transit bus and motorcoach industries. He is well rounded and has experience working in several facets of the bus industry, such as refurbishments, OEM, and pre-owned bus sales. Throughout his tenure in the industry, he has developed many relationships with transit agency personnel, bus companies, owners, operators, and other industry professionals.

“I’m very excited to join Complete Coach Works. The company has many options to offer its customers and has earned respect as the Nation’s leader in remanufacturing. I look forward to serving the industry and to be entrusted to represent Complete Coach Works as a Regional Sales Manager,” states Tracy.
Tracy will lead the sales organization of the Central and Southern regions. He will assist in providing sales and support to CCW’s cliental and build relationships with potential customers.
Brad Carson, Director of Sales and Marketing at CCW, states, “Tracy is an excellent addition to the CCW Family. Tracy brings a proven track record of sales management with solid industry experience. We are confident he will serve our customers and provide them with the best service possible.”

This website uses cookies to improve your experience while you navigate through the website. Out of these cookies, the cookies that are categorized as necessary are stored on your browser as they are essential for the working of basic functionalities of the website. We also use third-party cookies that help us analyze and understand how you use this website. These cookies will be stored in your browser only with your consent. You also have the option to opt-out of these cookies. But opting out of some of these cookies may have an effect on your browsing experience.
Necessary Always Enabled
Necessary cookies are absolutely essential for the website to function properly. This category only includes cookies that ensures basic functionalities and security features of the website. These cookies do not store any personal information.
Non-necessary
Any cookies that may not be particularly necessary for the website to function and is used specifically to collect user personal data via analytics, ads, other embedded contents are termed as non-necessary cookies. It is mandatory to procure user consent prior to running these cookies on your website.
SAVE & ACCEPT